James Likoudis:
President Emeritus of Catholics United for the Faith

Speaking on The Bond of Apostolic Succession 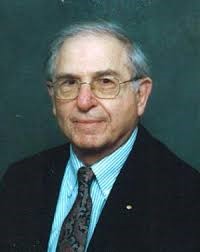 James Likoudis is a former College Instructor in History and Government with 20 years of teaching experience in public and private education. A nationally known writer and lecturer on Catechetics, Sex Education and Liturgy, he has published many articles on these and other subjects of interest to the Catholic Laity. He was a co-founder and leader of “Credo of Buffalo”, which became a Chapter of Catholics United for the Faith.

Mr. Likoudis has lectured extensively in the U.S., Canada, England, Australia, New Zealand, India, and Estonia to parents’ groups, CUF Chapters, and other Catholic Associations on issues affecting education, family life, and the role of the laity in the Church.

Married and the father of 6 and grandfather of 35 children and great-grandfather of 23 children, James Likoudis has been a president-emeritus of Catholics United for the Faith (CUF) formerly headquartered in New Rochelle, NY, and Steubenville, OH. He and his gracious wife Ruth live in the beautiful village of Montour Falls, New York, and recently celebrated their 66th wedding anniversary.